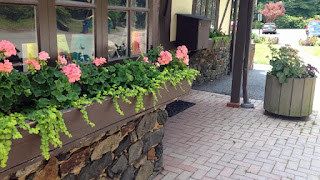 Arden is an intense place to live. The first months can be exhilarating as you feed off the energy of the village and put your whole heart into the experience. At least I did. I jumped right into the deep end of things: volunteering to cook dinner for the dinner gild, helping to decorate for the fair, starting a Winter Solstice observation. Some people find Arden to be a bit clannish when they first come, but I guess if it was that way, I was oblivious to it. I plowed ahead, not caring if I stumbled over the subtleties of the social hierarchies that were in place. What social hierarchies? I would walk up to people and start a conversation.  It isn't that my personality is such that I need a spotlight (I can be rather introverted about my extroversion, if that makes any sense), but people know my name here. I will introduce myself and find that my reputation precedes me. My daughter introduces herself to adults as Jill Althouse-Wood's daughter, since I am apparently a reference point now. I find this to be funny, because people did not know me where I lived before. If I was known as anything, it was as Jonah's mother. But it does go to show you that someone who has only been in the community for a short time can contribute and can have impact. This is both positive and negative. It can be positive if you have boundaries, but boundaries in Arden can be hazy things. Everyone knows your business; it's true. That can mean that folks come to your aid or it can mean that they bash you on the public forums on the internet. Sometimes over the same issue.

Case in point. Mark decided to take over the annual softball game played to commemorate the time Ardenites were jailed for playing baseball on a Sunday in 1911. The previous organizer, a man who moved in about two years before we did, was completely burnt out on Arden doings. He had put his heart into this town only find himself physically and emotionally exhausted from the charges he had led. And he had been lead on a lot of projects and committees. Mark decided to step in and make this game happen on a week's notice. When he made his intentions public, he had many people volunteer their help immediately. But then there were the curmudgeons who chimed in to make, what was essentially a pick-up game, into the most complicated and fraught of arrangements--to the point where we hope they do call the cops on us. Getting jailed for reenacting a point of rebellion in Arden's history would be so meta.

Speaking of the fuzz, New Castle County cops know us here. We in the Ardens are forever calling in suspicious cars, lost dogs. Certain residents report loud music, even if that loud music comes from concerts ordained by the town. Recently the village of Ardencroft has been having high stakes personality conflicts which require a police presence at town meetings. Insults became accusations became threats. An unhealthy escalation that, at its core, stems from folks who really care about their village. At least that is what I choose to believe. It is hard to wrap your head around it when you see at least eight police cars lined up on Harvey Road all following up on leads that pertain to Ardencroft village meeting chaos.

We are all heart here. I have not been to an Ardencroft meeting, but come to a village meeting in Arden. While I've not seen uniformed guards, I have witnessed the exquisite torture that goes into trying to get a new slide installed on the Arden Green. I myself am involved in a group trying to install a labyrinth on the same sacred green space. When trying to bring a motion before the village, you need to come with all the passion you can muster encased in a very thick skin. Coming to these meetings is supposed to be the antidote to the luster of Arden. The honeymoon phase. Ah, what bliss. When one is so enamored that all you can take in are the sounds of the babbling brooks, the sight of gilded forest canopy, refrains of Shakespeare, the aroma of the next Gild dinner wafting in the air, and the motion of the wave as you automatically lift your hand to greet your neighbor. But, beware the shadow side.

I've heard the phrase, "Ready to get the hell out of Dodge" from those who have had enough of the touchy-feely, in-your-face, full-on demands of village life.  It can suck you dry and leave you to the husk of yourself if you aren't careful. I'm not saying I will never reach that point, but I am trying to proceed with caution and gratitude. I moved here for a reason. I am not so fresh-faced, that I don't see the reality of the situation. I do know that sometimes even magic needs a big push from the little man behind the curtain. So far I am caught up in the complexities in a way that is messy but livable. But stay tuned to this blog. Take the temperature of what I have to say. If Utopia was all it was cracked up to be, we'd all be living here.

Posted by Jill Althouse-Wood at 12:40 PM